British banks are being hit by more than one major IT or security failure that stops customers from making payments every day, a Which? Money investigation has found.

In the most comprehensive analysis carried out since banks started disclosing serious IT glitches last year, the consumer champion found there were 302 incidents that prevented customers from making payments in the last nine months of 2018.

The stark findings reveal that serious banking crashes are even more common than previously thought and highlight the need for the Government to step in and give a single regulator the statutory duty to protect access to cash and build a sustainable cash infrastructure for the UK – a vital backup while digital banking is so vulnerable to failure.

The research also comes as the independent access to cash review chaired by Natalie Ceeney is due to report imminently on consumer requirements for cash over the next five to 15 years. The interim report warned that failing to plan for a no-cash society “would do significant harm to the millions of people who would be left behind.”

Since April last year, the Financial Conduct Authority has required banks to inform them of any major operational or security incident which prevents customers from using payment services.

Which? found the average number of major breaches across each of the 30 banks and building societies in its analysis was one a month – with six of the major banks suffering at least one every two weeks.

Which?’s latest findings, along with incidents like last year’s Europe-wide Visa payments outage, suggest that Britain’s financial system has a long way to go before it will be resilient enough to support a no-cash society.

The consumer champion is concerned that more than 25 million people who consider access to cash a necessity risk being left vulnerable without a non-digital payment alternative as bank branches and cashpoints across the UK disappear at an alarming rate.

Previous Which? research has shown that ATMs vanished at a rate of 488 per month in the second half of last year, while more than 3,300 bank branches have closed since 2015.

Which? is calling for the Government to appoint a regulator with sole responsibility for the cash infrastructure to ensure consumers and businesses can continue to access the cash they rely on for as long as is necessary.

“Our research shows that these major banking glitches – which can cause huge stress and inconvenience to those affected – are even more common than we feared.

“This highlights why it is so important that a regulator is given responsibility to protect cash as a backup when technology fails and to ensure no-one is left behind as digital payments become more common.” 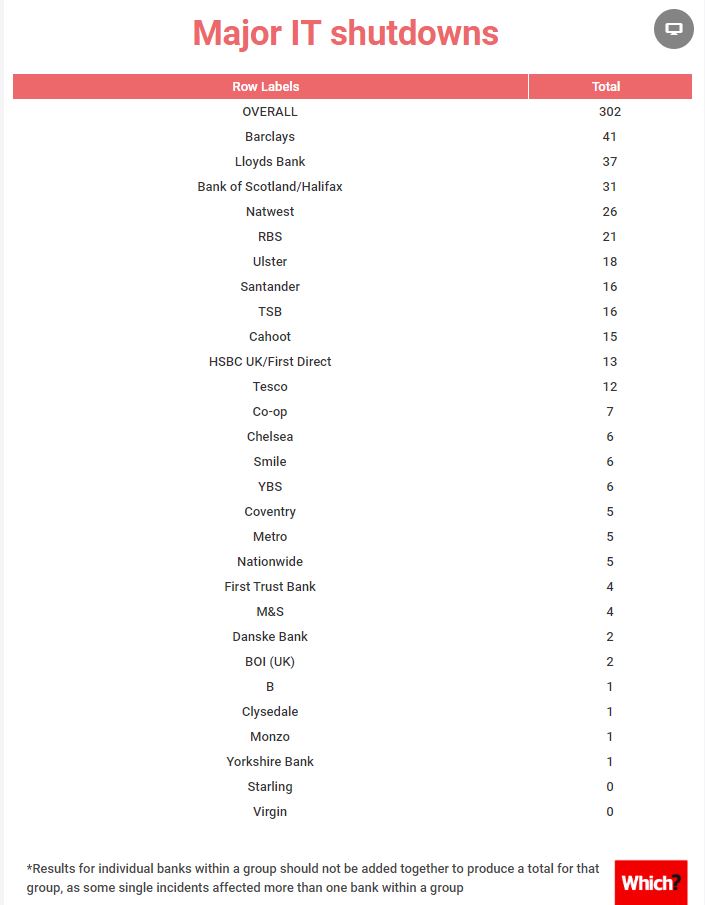