People in Wales are the most content with their energy suppliers, while those in London are the least likely in Britain to say they’re very satisfied with theirs.

Around four in ten (43%) energy customers in Wales are very satisfied with their energy firm – and the proportion of people who have switched is in line with the national average.

But, in a survey of more than 8,000 energy customers in Great Britain, Which? found Yorkshire and Humber residents are most likely to switch supplier with six in ten (60%) having done so.

With a number of people renting high in London, Which? research also revealed that renters are less likely to have switched energy provider than homeowners. More than six in 10 (61%) homeowners said they had switched, compared with four in ten (42%) tenants.

Overall, a third of energy customers (36%) said they’re very satisfied with their current energy firm. But just over half (55%) of GB customers have switched.

Getting a lower price was the most common reason switchers gave for changing supplier (79%), followed by better customer service (31%). Expert recommendation or good supplier reputation both were top reasons given by 22% of those we asked.

“’With only a third of energy customers are very satisfied with their provider, suppliers should be doing more to give their customers a fair deal and good customer service.

“With a number of the big energy companies pumping up their prices in the recent weeks, energy customers should look to switch suppliers wherever they are in the country. Whether a homeowner or a tenant, by switching people could potentially save up to £398 a year.” 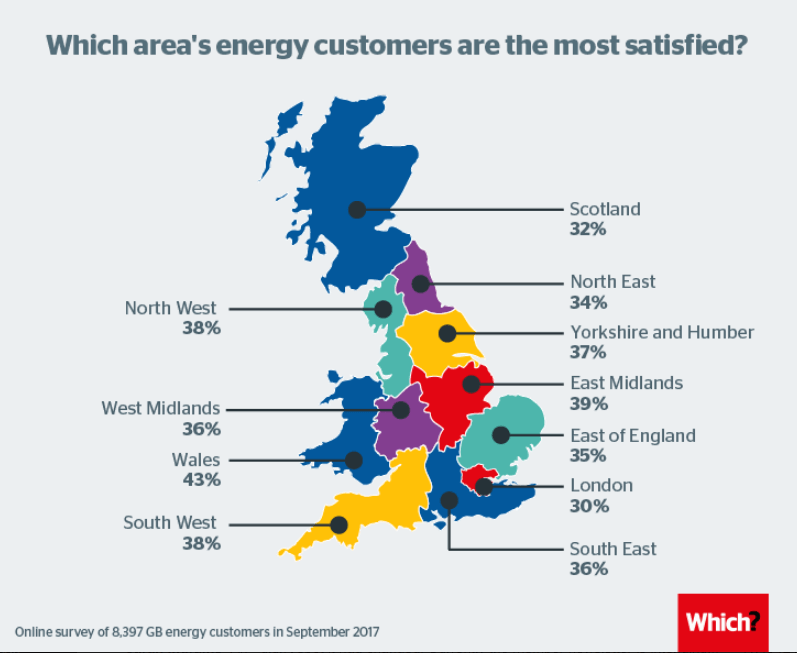 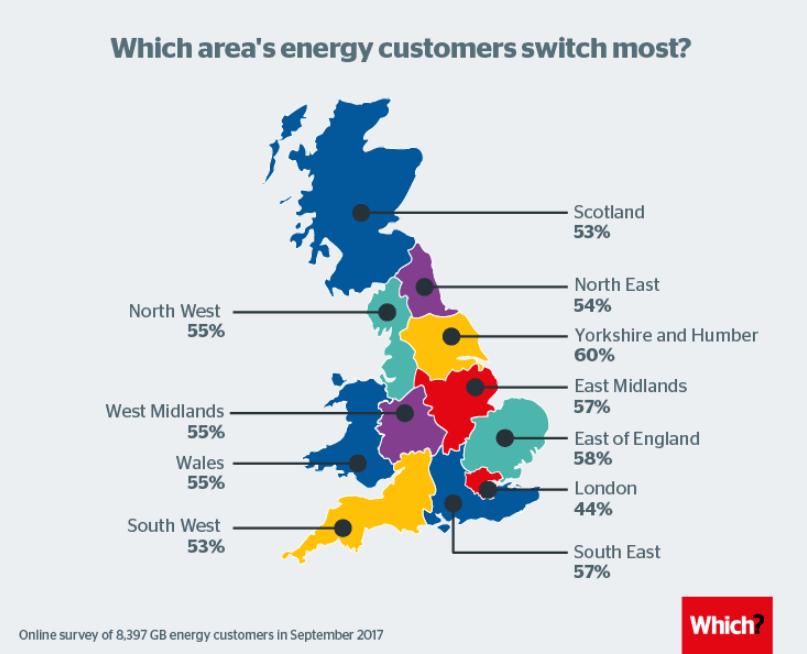