Parts of central London, Stroud, Tunbridge Wells and Canterbury were among the more surprising areas suffering from the worst broadband in the country, according to new Which? analysis of customer speed tests.

The consumer champion found that while rural Scotland and Wales still have Britain’s slowest average connection speeds, many local authority areas including in the capital and other urban areas are also enduring sluggish speeds.

The areas with the lowest speeds recorded overall included the Lake District, as well as parts of Scotland and Wales.

Broadband users in some of these areas might find it hard to carry out online banking or to use streaming services like Netflix or BBC iPlayer due to slow internet.

At the other end of the scale, Which? found that the fastest local authority area for broadband speeds was commuter borough Broxbourne with an average 32.5Mbps, which is considered superfast by both the Government (over 24Mbps) and Ofcom (over 30Mbps).

To put this into context, this means that downloading a film in Canterbury will take around three times longer than it would in Broxbourne.

Meanwhile, the fastest broadband in London was found in the borough of Harrow (26Mbps) followed by Barking and Dagenham (25.7Mbps) and Greenwich (23.6Mbps).

The research, using data from Which?’s own broadband speed checker, shows how people face a lottery when it comes to broadband connectivity – a situation that must be addressed if everyone is to enjoy access to a good service.

The UK Government has pledged to ensure a bare minimum connection speed of 10 Megabits per second across the country. There are additional schemes in place in Wales and Scotland.

Previous Which? research has shown that some households with sluggish broadband connections could get faster speeds – and save hundreds of pounds a year – by switching to a better package.

Despite the growing availability of higher speed broadband, many people were still not taking up the fastest service available in their area, according to the regulator, Ofcom.

Only 45 per cent of premises were signed up to superfast broadband despite the service being available to more than double that number, it said.

“Having a good broadband connection is a basic requirement for many important everyday tasks, so it is unacceptable that millions of people around the country are still struggling to get what they need.

“The Government and the regulator must now press ahead with plans to provide a bare minimum connection speed of 10 Megabits in every household and make sure that no one is at a disadvantage because of where they live.” 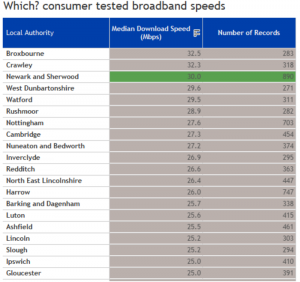 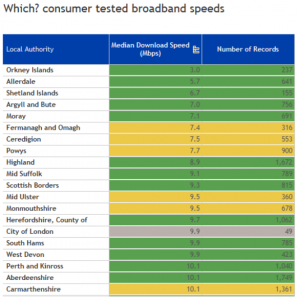 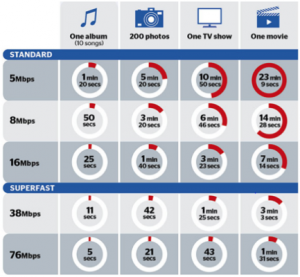