Consumers expecting faster broadband speeds are getting significantly slower speeds than they thought they would, new research from Which? reveals.

The latest piece of analysis from Which?, as part of its Fix Bad Broadband campaign, shows the overall speeds recorded in broadband speed tests were only 58% of the speed that users were expecting to get.

The results show that the faster the expected speed, the bigger the expectation gap between what consumers thought they should receive and actual speed recorded in the tests. For example, consumers expecting speeds in excess of 30Mbps (between 30Mbps and 500Mbps) were on average only able to get 54% of the speed they were expecting.

Users expecting internet speeds of between 10 to 30Mbps received 89% of what they expected. And those expecting to get 10Mbps or lower were able to exceed their expected speed by 38%.

The research – using data from Speed Checker Ltd from January to March 2017 – highlights the expectation gap many experience with their broadband service across the UK, with far too many households potentially getting slower internet speeds than they thought they had paid for.

Which?’s Fix Bad Broadband campaign and free speed checker aims to help consumers discover whether the broadband speed reflects what they signed up for.

Information from the speed checker and complaints tool will also allow Which? to build up a real picture of service across the UK that it can share with government, the regulator and internet providers.

“People who think they have signed up for faster broadband speeds are the most likely to be disappointed, with our research showing many are generally getting speeds that are much slower than they expected.

“Consumers need to regularly test their broadband speed to check they are getting the service they are paying for. If they aren’t they should contact their provider so that any issues with their service can be resolved.” 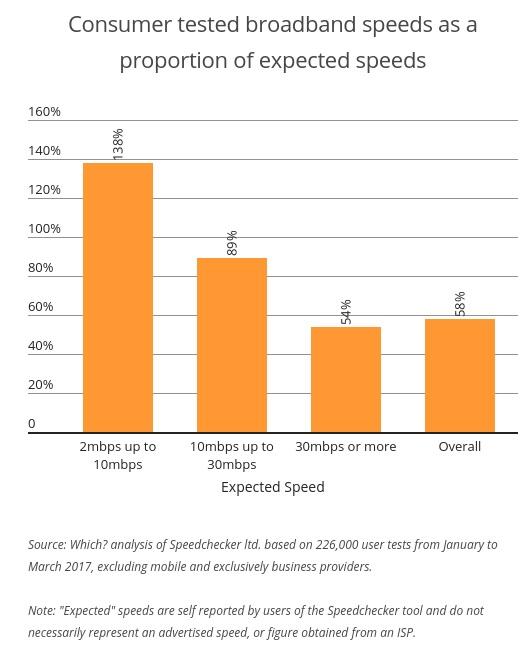 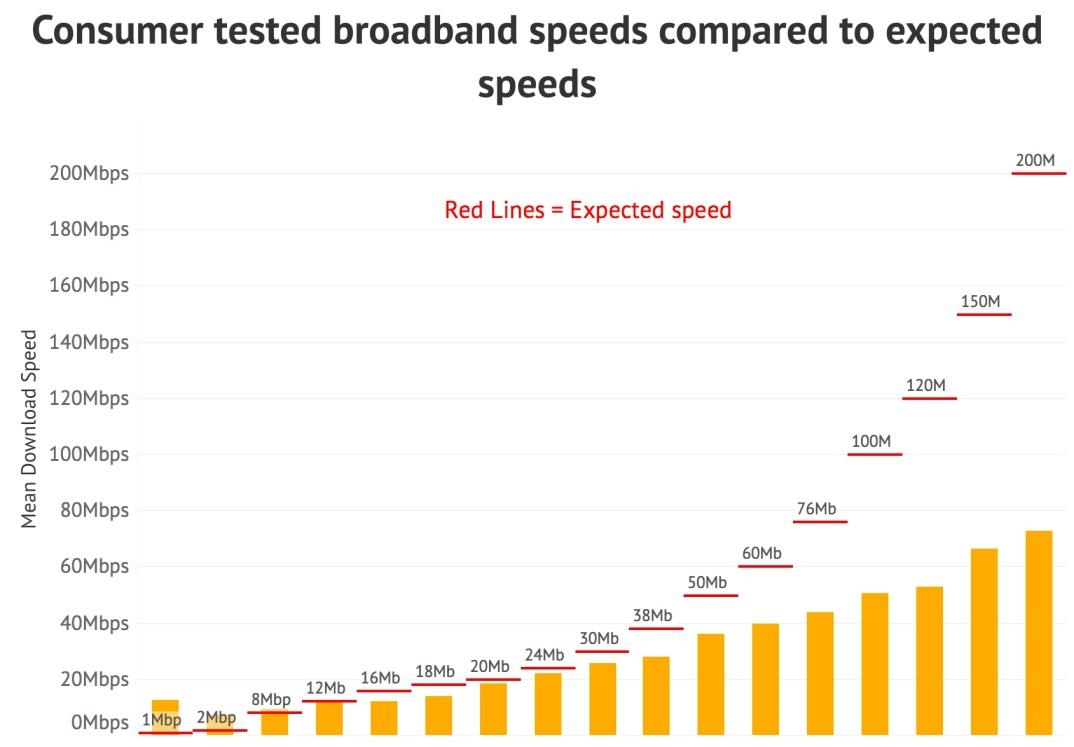 2. Mean broadband speeds have been used in this analysis because the underlying data has been provided in summary form, which means medians cannot be used. Wherever possible our previous analysis of average broadband speed has used medians (i.e. the value at halfway point of the distribution) to avoid average figures being dis-proportionally influenced by a small number of high results.

3. Which? research of the best and worst areas for broadband speeds in the UK https://prod-wordpress-press.internal.which.co.uk/whichpressreleases/which-uncovers-bad-broadband-speeds-across-the-uk/

5.    To use the Which? speed checker visit > https://broadbandtest.which.co.uk/

6.    For more information about the Which? Fix Bad Broadband campaign, visit > www.which.co.uk/fixbadbroadband

7.    For advice on how to speed up your broadband, visit > https://www.which.co.uk/reviews/broadband-deals/article/speed-up-slow-broadband

9.    How to complain about slow broadband speed and your consumer rights, visit http://www.which.co.uk/consumer-rights/advice/how-to-complain-about-your-broadband-speed

10. Which? conducted analysis of 226,000 Speed Checker ltd. tests from January to March 2017, excluding mobile and exclusively business providers. Expected speeds are self reported by users of the speed checker tool and do not necessarily represent an advertised speed, or figure obtained from an ISP.