Consumer confidence in the economy and future household finances has plummeted to the lowest levels since 2020, Which? research reveals, as the consumer champion calls for businesses and government to do more to support the most financially vulnerable ahead of the Spring Statement.

According to the latest findings from Which?’s consumer insight tracker, confidence in the economy and future household finances is tumbling as the cost of living continues to rise and conflict in Ukraine creates additional economic uncertainty.

Just one in 10 (10%) UK consumers think the economy will improve over the next 12 months, and three quarters (74%) think things will get worse – giving a net confidence score in the economy of -64. This compares to -19 just last month and is the lowest since October 2020.

Confidence in future household finances also dropped significantly, with consumers clearly anticipating that the state of the economy will affect their own finances. This measure dropped to -40 compared to -21 in February, the lowest figure since the first national lockdown was announced in March 2020.

Which?’s Consumer Insight Tracker also shows that financial difficulty has continued to grow among households, with more than half (54%) of consumers saying their household has had to make an adjustment – such as cutting back on essentials or dipping into savings – to cover essential spending in the last month.

Worryingly, an estimated 2.1 million households missed or defaulted on at least one mortgage, rent, loan, credit card or bill in the last month. Rent and bills were the most common types of missed payment, with six per cent of renters missing their rent payment and five per cent of all consumers saying their household had missed a bill payment.

The most common types of missed bill were energy bills (2.5%), phone bills (2.6%) and water bills (2.3%). Six in 10 (61%) of those who reported missing a bill payment said they had missed more than one – highlighting the extreme pressure that some households are under during the cost of living crisis.

Which?’s research clearly shows the most financially vulnerable are facing difficult financial decisions just to stay afloat. With the Spring Statement fast-approaching, the Chancellor must show he is on the side of millions of households facing the biggest cost of living crisis in a generation by announcing immediate support for the most vulnerable and action to help those who could quickly find themselves in serious financial trouble if the economic situation deteriorates further.

The government must also ensure people can rely on robust consumer protections that will prevent them from being exploited by businesses – with regulators and enforcement bodies given the right powers and resources to proactively monitor the landscape and tackle any potentially law-breaking behaviour.

Businesses should be providing appropriate standards of customer service and care to the most financially vulnerable during the cost of living crisis. If a company is hiking bills, then they must provide transparent and clear information for consumers about the increases and how they will be affected.

Inflation and price hikes are only expected to continue rising in 2022 – meaning even more people could be plunged into financial insecurity.

Which? has launched a cost of living hub on its website to offer consumers practical advice on how to save money on their household bills. The consumer champion has also run a series of cost of living focused episodes on the Which? Money podcast.

“Our research shows how a relentless cost of living crisis is putting huge pressure on household finances – with confidence in the economy at its lowest level since 2020. This is particularly worrying as price hikes and inflation are only predicted to rise further in 2022 – even after the April increases take effect.

“Ahead of the Spring Statement, the government and businesses must urgently take action to support those who could quickly find themselves in serious financial trouble if the economic situation deteriorates further.”

The survey indicates that between 6.5 per cent and 8.8 per cent of households missed or defaulted on at least one mortgage, rent, loan, credit card or bill repayment in March 2022, with an average estimate of 7.6 per cent.

Figure 1: Confidence plummets amid the cost of living crunch 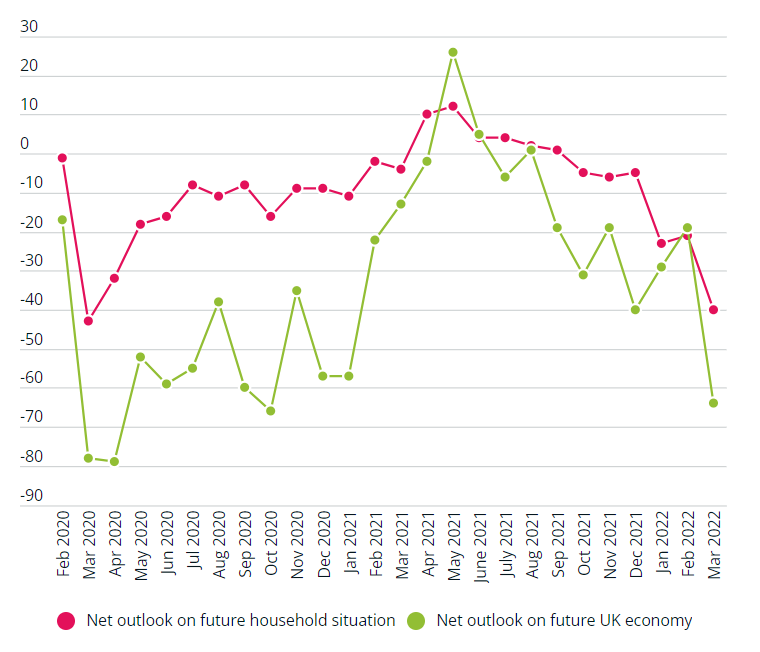 Figure 2: More than half of consumers made at least one adjustment to cover essential spending in the last month 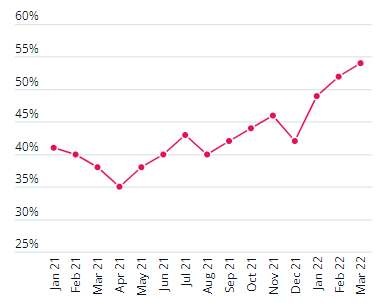 Figure 3: The proportion of households missing payments was at 7.6% in March 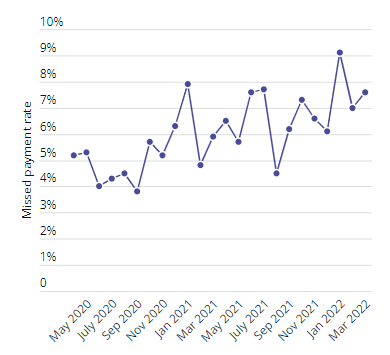