Which? is calling on the financial regulator to urgently provide greater clarity on temporary measures to help people struggling financially because of coronavirus, as new research reveals the huge toll the outbreak is expected to take on people’s finances.

A survey by the consumer champion carried out between 20-22 March, just before the government asked people to stay at home to stop the spread of coronavirus, highlights that significant numbers of people are expecting to struggle with their finances over the next year.

With the Financial Conduct Authority set to introduce temporary measures on Thursday designed to help consumers falling into financial difficulty as a result of the crisis, Which? can reveal people of all levels of working status are now expecting their household finances to worsen over the next 12 months, with those who work part time reporting the highest level of concern.

Taking the proportion of people expecting their financial situation to get better and subtracting the proportion who expects it to get worse, confidence among part-time workers was at -56 percentage points. The figure stands at -36 for those in full time work.

Of those that are retired, confidence in the future of their household finances stood at -49 for those on a state pension only and -45 for those with a private pension.

The research also shows that consumer confidence in the economy has plummeted. When asked whether the economy would be better or worse in 12 months’ time, confidence fell from -17 in February to -78 in March.

Worryingly, the financial impact of coronavirus follows a period in which large numbers of people were already reporting having cut back on spending, with 39 per cent of consumers in 2019 reporting that they reduced spending on essential items or took money from savings to cover their spending.

This indicates that a significant number of people may have already been close to the point of relying on credit to help manage their personal finances, and the impact of coronavirus could have pushed them to the point where they now need to depend on existing credit cards, loans or overdrafts.

Measures proposed by the FCA last week, due to come into force on Thursday, are designed to provide a temporary solution for consumers who until now have been financially stable. These include a temporary payment freeze on loans and credit cards as well as zero interest on existing overdrafts up to £500, with both put in place for three months.

However, while Which? is generally supportive of the plans, reassurance is needed that the measures can be consistently applied for customers across all banks, and that customers who take up these options will be fully aware of any longer term implications of using them.

This requires the FCA to be as explicit as possible about precisely when the payment holiday period starts – whether it is from the proposed launch date of 9 April, or from the moment the consumer requests support at any point during those three months.

There also needs to be a clear, industry-wide exit strategy for the temporary measures, which must ensure that customers do not end up in unnecessary financial hardship.

There is particular concern about how consumers will be moved off of their £500 interest free overdrafts after three months. The consumer champion says it is vital that banks do not immediately place consumers back to their original arranged overdraft and rates at the end of any holiday period, and the FCA should consider  “easing off” interest-free overdraft arrangements in a way that does not affect credit scores.

The consumer champion believes that greater transparency will make it easier for people to access services online and make it clear that only those in the most urgent need should seek to directly contact their financial institutions. This should reduce the burden on call centres, providing a greater chance of consumers getting the help they need in good time.

Gareth Shaw, Head of Money at Which?, said:

“The impact of the coronavirus outbreak is going to cause a sharp shock to huge numbers of people across the country, and many who were previously in good financial health will now require help from their banks to see them through the coming months.

“While the FCA has taken positive steps to provide assistance, there needs to be urgent clarity so that banks can apply this support consistently for everybody who is eligible, and customers can decide whether these measures represent the best option available to them.” 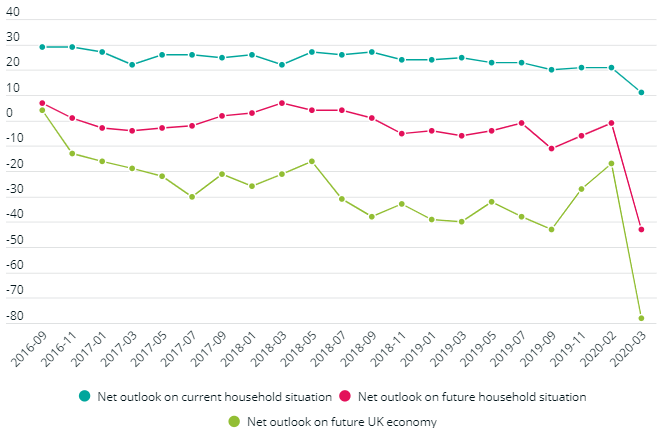